Download the powershell script “Collect_Driver_Info.ps1” and deploy it on all the devices you want to collect driver info. To get an updated list, you have to run it more the one time. Ex once a week or month.

You should make sure that it have run on one or more machines before you continue this guide. Otherwise you can see the WMI class.

To get an idea of what is going to be in the next SCCM CB, it is a good idea to setup a SCCM TP lab. You can do that in Azure and here is how. This is a quick and dirty SCCM TP lab just to get an idea what new features might be in the next release.
So I have not created any client for deployment. If you want a bigger lab, then you can see this article: http://www.verboon.info/2017/02/deploying-configmgr-current-branch-in-azure-dev-test-lab/

1. Create a SQL Server 2016 SP1 Enterprise on Windows Server 2016 called CM01. It is up to you how you spec it. I have just chosen the cheapest one. read more

I’m waiting for my connected fight in Dubai and it is delayed, so why not write a blog post

It have been a while since I have posted on the blog. It is because I have changed job. I’m now working as a Senior Consultant with the responsibilities for the SCCM environment, of Couse

, and all the technologies with in the Client area. So right now there is a lot of thing on my mind regarding the new position. But expect to see more post in the near future.

Microsoft is fanally doing something about this issue. See the article from Microsoft here:

I have updated to ADK 1607 In my SCCM environment. I uninstalled the old ADK and installed 1607 adk and ran this PowerShell script to update my existing default boot images. I created a new MDT boot image, so I got the newest boot images. I tested my Windows 10 deployment without any errors. But my Windows 7 deployment fail the Apply device drivers step. read more

In this post I will show you how to update the bios on a Dell during OSD. I have created the following folder structure for the Dell bios updates:
SCCM_SHARE/Dell Bios Update/MODEL/BIOS_FILE

1. Download the bios you want to deploy from Dell support site. In this example the file is called “O7010A23.exe”

2. Create a SCCM package with the bios file that you downloaded in step 1.

3. Create a new group in your task sequence and call it “Bios Tasks Windows 10”. I create the group because I want only this step to run it is Windows that I deploy. I control that with a SCCM variable. read more

If  you want to manage Dell bios settings with SCCM and OSD, then you can follow this guide. I will show you how to configure Dell bios. This post contains info from this blog post  and this blog post from Mike Terrill.

1. Update the bios to the newest version. (See this blog post if you want to do that with SCCM and OSD) 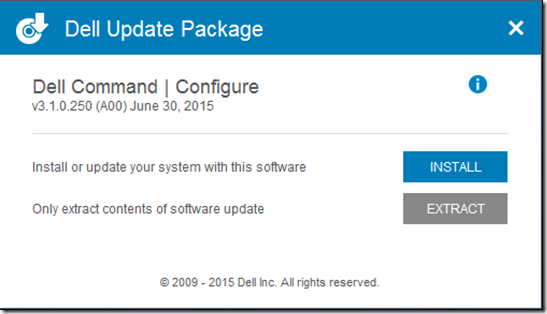 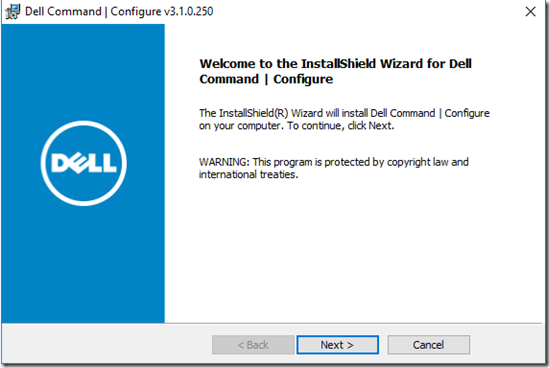 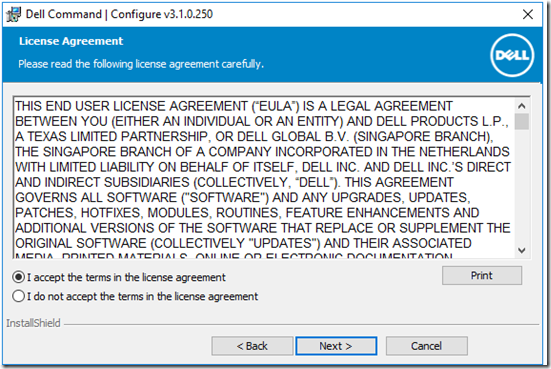 Read the license agreement and accept it. Click “Next” read more

I work in a place where we have a lot of kiosk pc’s and pc’s that people can borrow. This mean that it is a first logon (almost) every time someone is logging in to Windows. The first logon time is not very fast in Windows 10, in fact it is very slow. There are some thing that you can do to speed up the first login time.

1. Windows store apps is getting installed in the user profile on every user that logon to Windows. And this takes time. So I remove the Windows store apps that I don’t need with PowerShell. Michael Niehaus have written a PS script that does it based on a XML file. Get RemoveApps.zip here. You just comment the apps that you want to keep in the XML file and then run the script. You can add it to a SCCM task sequence. read more

Jörgen Nilsson have a great post here on how to do the BIOS to UEFI switch on one task sequence in SCCM. There was a couple times during his guide where I had to try different things before I could get it to work. So that is why I made this post.

All the credit goes of course to Jörgen Nilsson!

2. Copy the corresponding version of TSEnv2.exe to the x64 as well as the i386 subfolder. read more

UPDATE 2016-10-29:
HP have changed the layout and data type on the HP warranty page, so the script doesn’t work right now. I don’t have the time to update it right now, but I will make a tweet when I do.

2016-07-04 UPDATE: I have updated the hta script, because there was an issue with the Wi-Fi and UEFI detection. It is fixed now.

Last week I created this post on how you can do a UEFI check if you are installing Windows 10. I have extended that check with this Pre-Flight Check.

To make sure that a Pc is ready for your task sequence deployment and to minimize the risk of an error during OSD, you can do some checks before you start your OS deployment with a Pre-Flight check. This Pre-Flight check have to be at the beginning of your task sequence, because then you don’t break break anything on the existing installation if the requirement is not meet. This solution is using this hta with some customization that I have made. read more

Claus Blaabjerg Hansen About Me